RHIH SAINTE ROSE de LIMA is a private Institution established by Archdiocese of Kigali. It is located at Ruli Sector, Gakenke District, Northern Province approximately at 70 km in North-West of Kigali City. The Institution has its origin from ESSA Sainte Rose de Lima – Ruli, a former Secondary Health Science school opened in October 8th, 2001 nearby Ruli Hospital. Its cornerstone has been laid in February 16th, 2000 by H.E Paul KAGAME President of the Republic of Rwanda who was the Vice-President of the Republic of Rwanda and Minister of Defense in that time. It was a private Secondary school established by Kigali Archdiocese and managed by the Dominican Sisters of Announciata of Ruli in Gakenke District. As many other Secondary Health Science Schools suspended its activities with the end of 2006 as the new education policy for nurses.

Since 2009 January, Kigali Archdiocese established ISSA Sainte Rose de Lima-Ruli which was at Level of Higher Learning Institution. The ISSA had been closed in 2008 due to poor standards. Since 2012, Archdiocese of Kigali negotiated the opening of Ruli Higher Institution of Health (RHIH), Sainte Rose de Lima which was granted by the Hon Minister of Education. It reopened its activities from 30th September, 2013 with the first year of General Nursing.

The RHIH Sainte Rose de Lima is one Higher Learning Institution in Archdiocese of Kigali and in Gakenke District. It is accredited by Ministry of Education in March 2015. 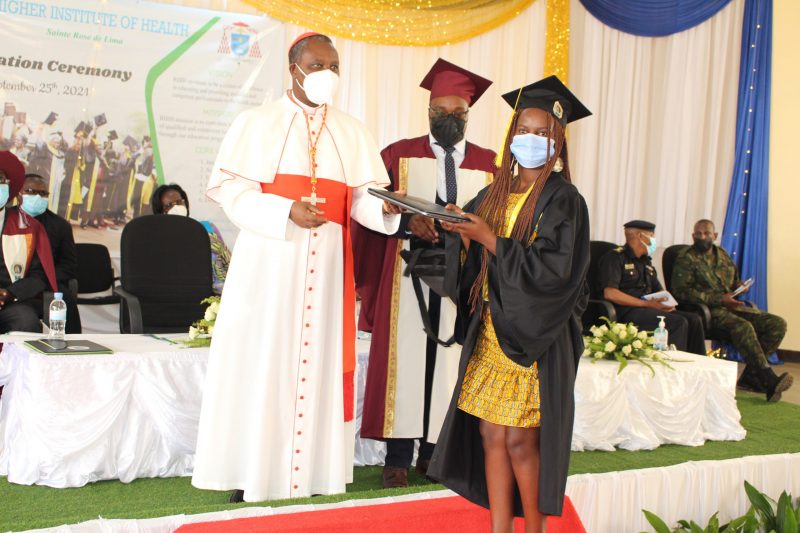 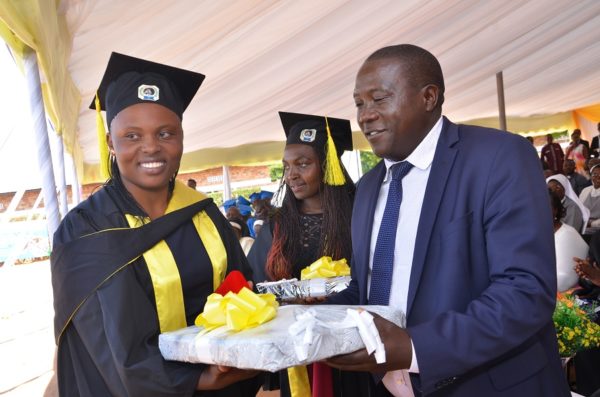 The community surrounds the institute has infrastructures such as the business center which has the necessary materials and needs for students. Also, there are banks, churches, health facilities and playgrounds for various plays.

RHIH Sainte Rose de Lima has the qualified and competent administrative and academic staffs that help the students in their daily living activities by respecting and keeping the values of the school. The students study all days from 7am 30’ to 5pm00 except on Friday where the teaching ends at 3pm because of the rest hours are planned for the sport. There is one hour for lunch every day.

There are not the teaching activities in the weekend except necessary due to the availability of any visiting teacher. There is a mass on Tuesday and Thursday organized by the students and the staffs.

RHIH envisions to be a center of excellence in educating and providing qualified and competent professionals to the health sector.

RHIH mission is to contribute to the education of qualified and competent health professionals through our education programs.

Learning and training in health domains

The institute attaches the following values as part and parcel of its corporate integrity and credibility when dealing with the public, collaborators, partners and stakeholders: