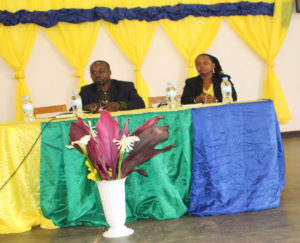 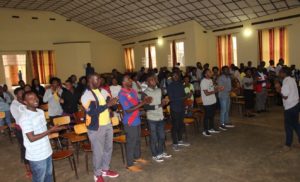 RHIH staff and students in good environment with entertainment while waiting the guest of honor in RHIH main hall.

On arrival of the visitor, she was welcomed by Mr. NTIRENGANYA Sylvestre (Deputy Vice chancellor academic affairs and research ) who  also played a role of moderator during all session. 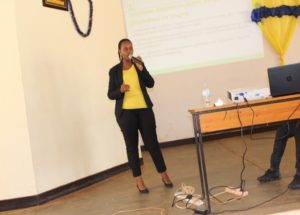 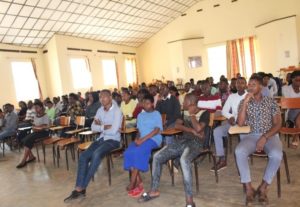 Mrs. Uwamwezi Joselyne from RLRC( the guest of honor ) during delivering the public talk and audience were  very attracted by the shared knowledge on raw. 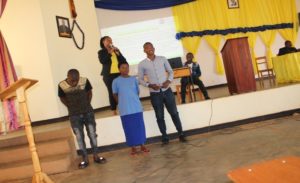 Guest of honor while explaining to the participants the order of regular heirs using typical example.

RHIH staff and students got a chance to be updated   on law and got increased knowledge on some sensible law that guide our daily life. 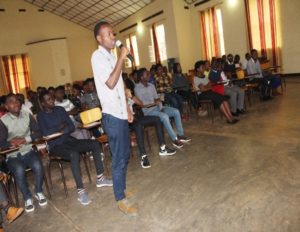 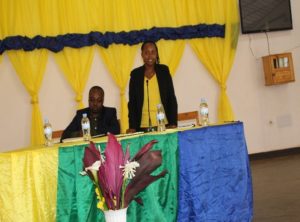 The session of questions, comments, suggestions from audience and feedback from Guest of honor respectively.

In conclusion, the representation of RHIH suggest the presenter to organize a public lecture on other common laws because many populations do not have the sufficient knowledge on the laws. He emphasized on this Law, by confirming that everyone is in position to confront with family problem in current and future and everyone will be in position of being decision maker in household or appointed as family representative any time and it will help in conflict solving. Again as a staff  and students in high learning institution that train health professional, the gained knowledge will be disseminated in our respective community and We will be your ambassador country wide.