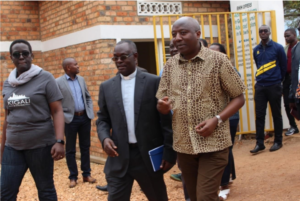 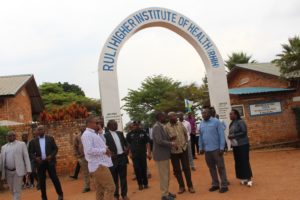 Prime minister of Rwanda at RHIH 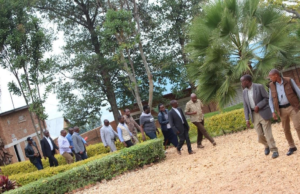 Warm welcome were given by Dr. Innocent DUSHIMIYIMANA (Fr.), Vice chancellor of RHIH, on behalf of Mgr KAMBANDA Antoine , Archbishop of Kigali and Chancellor of RHIH  and Director of RHIH council  who took their time with great pleasure  to make a tour with guest of honor in good environment of institution. 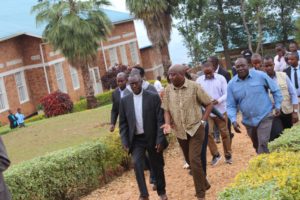 Vice chancellor of RHIH welcoming the Prime Minister of Rwanda

Guest visited different area of institution that facilitate the students to achieve their goal in academic performance such as nursing skills laboratories.  The visitors were excited and impressed by knowledge and skills demonstrated by students who explained them how these learning and teaching materials allow them to achieve their learning objectives and prepare them on labor market.

RHIH students present what they study in nursing domai

Under moderation of Farther  Fr. Wellars UWAMUNGU(Deputy Vice Chancellor Administration and Finance), the ceremony started by prayer offered by  Fr. TWIZEYUMUREMYI Dona tien (  Chairperson of RHIH  Council)  and at the same time the Vice Chancellor presented overview of the school from purpose of initiating the institution including the responding to shortage of health personnel , current  activities including  offering programs, number of  students graduated, life of the school including its challenges such as insufficient   water in this community and inappropriate road. He continue to present the future plan of the institute including  training of nurses at Bachelor’s Level and opening the new department  of Human Nutrition and Dietetics for responding  on current problem related to all forms of malnutrition faced by Rwanda society today and to prevent it in the future.  He explained that request and all requirements have been submitted to High Education council and institution is waiting the positive feedback because all requirements including infrastructure, competent lecturers with master holders and other who are completing their PhD soon are in place. He announced that the school has been facilitated to have its own Institution Review Board (IRB) for conducting the research for both academic and student’s side. 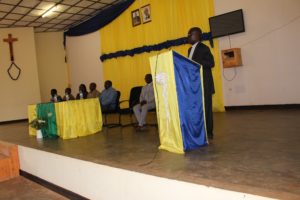 Prime Minister interacted with the students in main hall of RHIH through the speech that he provided where he emphasized on main points raised by Vice Chancellor and ensured the participants that the Government know these challenges and they are trying to  find the solutions at sustainable way( Many studies for water supply in Ruli are at the end phase, Road is in rehabilitation ). 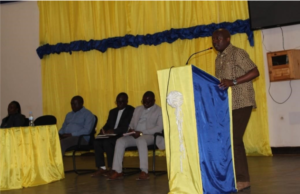 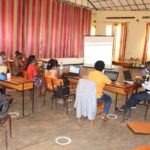 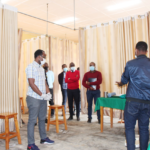 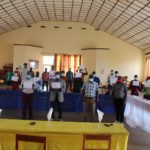 RHIH staff and Students are motivating and stimulating the community
19 December 2019
Public talk on role
19 December 2019
RHIH students and staff visited one vulnerable village in Ruli Cell
19 December 2019
This website uses cookies to improve your experience. We'll assume you're ok with this, but you can opt-out if you wish.
Accept Read More
Privacy & Cookies Policy
Necessary Always Enabled