On this Wednesday, 25th May 2022, Ruli Higher Institute of Health (RHIH) has celebrated and congregated a ceremony of 5th cohort graduation where 115 students were qualified for the award of the advanced Diploma in General nursing and 35 Students in Midwifery.

The ceremony started by mass celebration at Ruli Parish by His Eminence Antoine Cardinal KAMBANDA, the Chancellor of RHIH. The ceremony continued with Academic procession where graduates, Academic staff and members of   the Governing Boards demonstrated a good walk under moderation of Music Band from Minor Seminary of Nyundo, who played National Anthem and RHIH Anthem respectively. 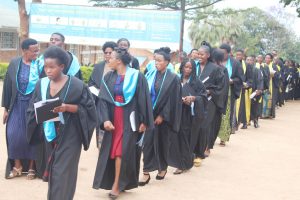 The Academic procession where graduates, Academic staff and members of   the Governing Boards were involved

Fr. Donatien TWIZEYUMUREMYI, Chairperson of RHIH Governing Board declared the constitutes of the 5th graduation congregation. 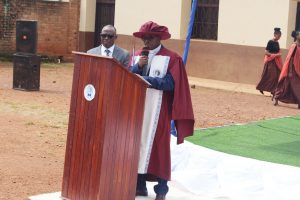 Fr. Donatien TWIZEYUMUREMYI, Chairperson of RHIH Governing Board declared the constitutes of the 5th graduation congregation

In his remarks, Dr. Innocent DUSHIMIYIMANA (Fr), Vice Chancellor of RHIH, Expressed his happiness of getting opportunity to celebrate at fifth time the graduation ceremony for 115 Graduands in General nursing and 32 Graduands in Midwifery. He reminded that it is the first time that the Department of Midwifery has just made 32 midwives available to the labor market, including 8young men and 24 young girls. He argued that the first promotion of midwives honours the RHIH with their 100% success in the licensing exam   prepared by Rwanda National Council of Nurses and Midwives of Rwanda (NCNM)   while Nurses passed in this cohort at 98%. The positive results b confirms the maturity in competence that RHIH is already continuing to build, even if there is still a long way to go. He continued by explaining that HEC Has approved the four new  program  in end of 2021 for the second level  of University  degree  or Bachelor’s degree  (A0)  in the health domain( Bachelor  of Sciences in Nursing  with Honors/ Direct entry and Upgrading  &  Bachelor  of Sciences in  Midwifery with Honours/ Direct entry and Upgrading  , it has not yet  authorized the RHIH  to run them. RHIH is reiterate the same request to be able to run during this year. 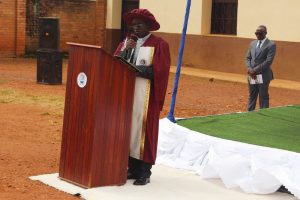 He reminded to the present members that  , Pope Francis asks nurses and Midwives  to be merciful  as the Might Father  is Merciful to the sick  and those who suffer , He requested  new Nurses and Midwives , to become aware of the great  dignity of their profession , as well as  the responsibility it entails.

The lecturers in health Sciences, have continued to train the students in Rwandan and Evangelical values, emphasizing above all supreme values of Ubuntu. Graduands will practice their profession by knowing that “the glory of God is man fully alive, and the life of man is the vision of the God” according to the wisdom of Saint Irenaeus. He ended the speech by congratulating all graduands and wish to them a blessing.

Master of Ceremony reminded all present participants that RHIH Students are not concentrating in their course only and they take the time for entairtnment, in that regards demonstration of dancing by RHIH Interlude (ITORERO) was followed.

Mr. KARERA Eric, Acting Deputy Vice Chancellor of Academic Affairs and Research was called upon Mrs.  INGABIRE Marie Jeanne, Head of Midwifery Department who call all names of Gradands and Chancellor of RHIH   conferment of their degrees   department by department.

The speech from Mr. MUSABYIMANA TWAHIRWA Jean Damascene representative from NCNM dominated by thanking the RHIH and graduands and continued by  explaining  the  main duties and responsibilities  of  Council  for protecting the population. 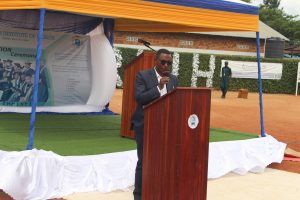 The representative from NCNM  while giving his remarks during Ceremony

Then Miss MUTESI Gloriose, representative of Graduands, explained the process undertaken by the students   to become a graduates. She appreciated the academic staff, administration in Generally, Parents as well Rwanda Government for different supports for become the winners. She expressed that they wish that HEC may authorize Bachelor program at RHIH and continue their studies in the same University. She challenged everyone who was in the ceremony to make advocacy till the Programs are started.

The same wish has been raised by Chancellor of RHIH where he noted that the degree of success within our institute merit the starting other levels for having professionals skilled at level of critical thinking and research.  He said that the ratio of Nurses compared to the standard, is still a big gap to be filled and promised that Training institutions in collaboration with Government the challenges will be overcome. 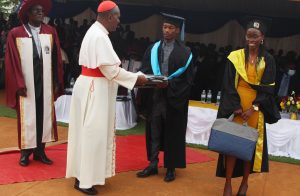 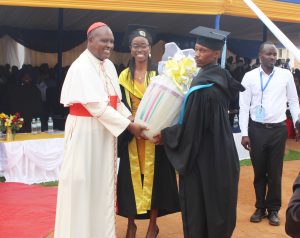 His Eminence Antoine Cardinal KAMBANDA, the Chancellor of RHIH while giving the special gifts to the best performer students and vise –versa

He requested the gradients to like their respective professions and provide a god services with a better customer care for all because most time the customer are sick and need special attention.  The graduands may be continued to be characterized with Rwandan and spiritual values gained at RHIH.

The representative of Northern Province Governor Mr. KARAKE Ferdinand appreciated the contribution of RHIH in development of Northern province in all aspects and appreciate their intervention in supporting the Government of Rwanda vision and Strategies to fill the gap of shortages of Healthcare professions compared to the community needs and He promised to continue the current collaboration and doing advocacy on needs raised by RHIH.

The congregation has been dissolved around 14h00 by Chairperson of the Governing Board and followed by reception for all ceremony’s participants in Main Hall and Garden of RHIH. 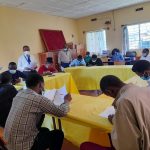 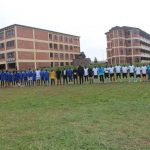 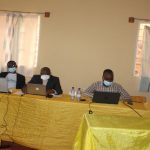 KWIBUKA GENOCIDE YAKOREWE ABATUTSI KU NSHURO YA 28 MU ISHURI RIKURU RY’UBUZIMA RY’I RULI
8 April 2022
The vegetable plantation and their routine utilization on served plate have a positive impact on good daily life
19 December 2019
Role of improved hygiene and sanitation in community household: RHIH staff and students commitment
19 December 2019
This website uses cookies to improve your experience. We'll assume you're ok with this, but you can opt-out if you wish.
Accept All Read More
Privacy & Cookies Policy