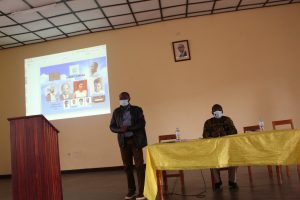 In fact National Heroes day, is celebrated on 1st February each year. This year 2022, was celebrated for the 28th time under theme “Our Heroism, Our Dignity”/ “Ubutwari mu Banyarwanda, Agaciro kacu”

According to  Chancellery for Heroes, National orders and Decorations of Honour (CHENO), the aims of celebrating  the National heroes day  are  to preserve and promote heroism values; to celebrate Rwanda’s National Heroes and cherish their legacy of courage, patriotism, humanity,; to reinforce the values of Unity and Rwandan identity among the Rwandan citizens; to encourage Rwandans, epecially the youth to take good example from National Heroes,  as well as the promoting the culture of thanking and honoring people with outstanding deeds.

Toward this side, the Government of Rwanda use to organize the week reserved for that event. In this year, Heroism week, started from 21-31/01/2022, where several activities were planed from National level to local one. The activities include: Talk shows in Schools and in governments and private institutions by respecting of Covid-19 prevention measures and will continue until end March 2022; Message talk shows displayed in different media platforms such as Radios and Televisions among others; Cultural show praising National Heroes be aired on Different TVs at evening of 31 January 2022; Sports activities, in respect of Covid-19 prevention measures.

It is against this background that on Friday, 29/1/2022, from 14h30 to 17h30, Ruli Higher Institute of Health Saint Rose de Lima (RHIH) has invited and received the Guest   of Honor for delivering the Public Lecture on The National heroes day 2022 celebration.  The event took place at Main Hall of RHIH Headquarter. 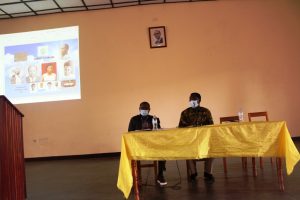 The Guest of Honor was Mr. HAKIZIMANA Emmanuel, Advisor of Gakenke District and Human Resource Manager at Nemba District Hospital. He has been welcomed by Dr.  Innocent DUSHIMIYIMANA (Fr.), Vice Chancellor of RHIH. The invited were all categories of RHIH staff including academic, administration, Students and supporting staff among others.

Mr.  HAKIZIMANA Emmanuel was delivered the lecture in smooth condition using interactive   Session and participatory methods. He started by interactive session where all participants discussed on background of topic from Historical perspective. 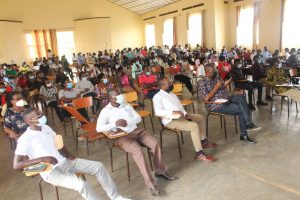 In fact, in 1995, the Government of National unity set up the committee in charge of identifying people who did outstanding and important acts   in Rwanda. This committee had identified 53 National Heroes on 12/09/ 2001. 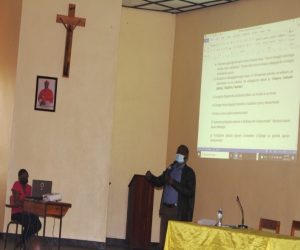 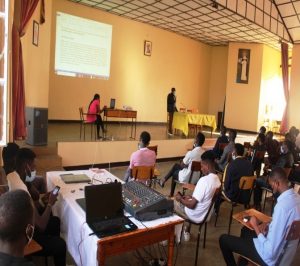 Mr.  HAKIZIMANA Emmanuel  while explaining the content of Rwanda National Constitution regarding the Chancellery for Heroes, National Orders and Decorations of Honour  with its structure and Fuctioning, to all audience.

The Chancellery for Heroes, National Orders and Decorations of Honour was mandated by the 2003 National Constitution in its article of 186. It was established by the Law No 13 bis/2009 of 16/06/2009 that determines its responsibilities, structure and functioning. He continued by explaining its vision, Mission and Core Values.  He take care on explaining a Hero.  A hero is any person who pursues objectives he/she undertakes to obtain a special achievement for the public interest and with high proven integrity, sacrifice, and noble courage in his/her acts and who avoids being a coward in his/her actions in very trying situations. The characteristics of a Hero such as proven integrity, Patriotism, Sacrifice, Vision among others. 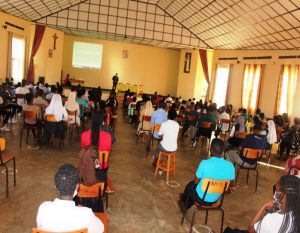 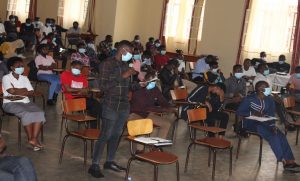 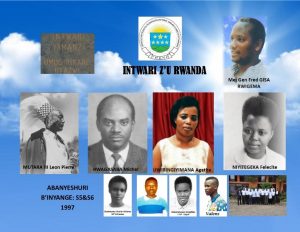 The photo of categories of National Heroes as determined by Law

He continued by explaining the current National Order which is a symbol awarded by national authorities to persons who demonstrated useful and supreme acts. It is noted that The National Policy of awarding national Orders was approved by the Cabinet on 5th December 2017 and the policy highlights the modalities of awarding national orders at national level. The policy also encourages both public and private institutions to adopt the culture of awarding people who performed good and important deeds in many domains.

After the interactive session with Guest of Honor, The audience took the opportunities to ask the clarifications, Comments and Suggestions. All opinions showed that the participants understood clearly the content of Public Lecture. Randomly, the speaker challenged the participants to share their commitment on how they can promote Heroism culture within RHIH and its environment considering that the audience are current and Future Health Professional and the population are expecting to get solutions of their needs for better health.

The photo showing the participants while asking  questions and providing suggestions on strategies to be set  in RHIH for showing the activities of Heros in daily activities.

In conclusion, Heroism, is achieved through different ways including the demonstration of patriotism, defending and protecting the country, economic development, welfare and good relations, good leadership, science and technology, security and peace among others. The Heroes’ Day celebration is a good opportunity for Rwandans to think of how to further develop the country and peacefully reconstruct it,”. Unity and reconciliation efforts have helped consolidate the gains made in the country’s development. “Rwandans especially the youth should continue to connect our culture and language, maintain unity and patriotism,” .It is urged for Rwandans to continue the fight against genocide ideology, injustice, corruption, violence and all other types of crimes. The Value of being Hero motivates the Rwandan to strive for achieving the development of a Country through their contribution instead of waiting support from outside of a Country.