Successful stories in its launching in RHIH community

Garukushime program in rhih alumni community: celebration of success in national licencing examination   among 1st graduates from second promotion students at rhih with high rate of 95.2% 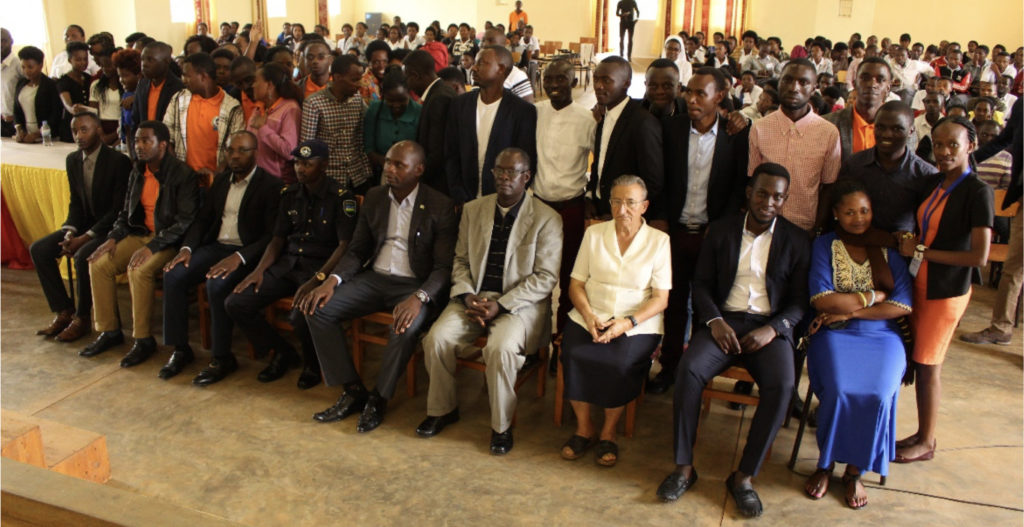 Above is a group photo showing the guests, Graduated and current students: Including Sister Carmen Villalon (Promoter of the School from Historical perspective), Fr. DUSHIMIYIMANA Innocent (Vice-Chancellor of RHIH), Graduated students representative, AIP. RUBASIKA HAKIZIYAREMYE Adalbert (Representative of Police in Ruli, Coko and Minazi Sectors), Mr. HABANABAKIZE Jean Claude(Executive secretary of Ruli sector, Mr. Sylvestre NTIRENGANYA( Vice-Chancellor of Academic and Research at RHIH) and Other staff from Academic and administration .

On Friday, 23rd February 2018, the 1st graduated students in Nursing Sciences and midwifery come back in GARUKUSHIME MUNYESHURI PROGRAM) that took place at RHIH in main hall.

In fact, the graduated students who were employed in different institutions both public and private at labor market have set a very good impressive program for thanking the institution administration for learning methodology used in teaching that students and led to a success in end cycle exam at RHIH as well as National Licensing Exam at rate of 95.2%(Particularly in promotion of 2016-2017) comparing to the 1st promotion of 2015-2016. RHIH students are showing a good trend in success of National examination for license prepared by National council of Nursing and midwifery.

It was a great opportunities to stimulate and motivate the remaining students to work hardly for better fruitful results in next coming years.

The event was started by Mass celebration headed by Fr. USHIMIYIMANA Innocent (Vice-Chancellor of RHIH). All graduated students provided different gifts of thanking to God. 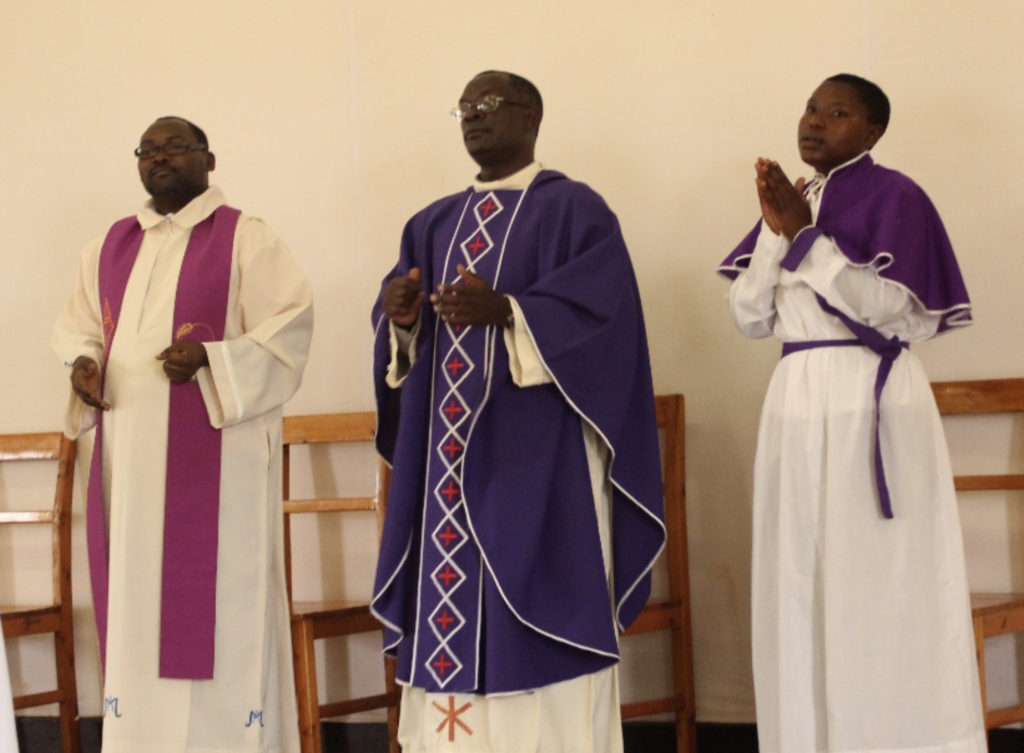 After the mass celebration , the speech were given by many persons where they focused on appreciation of graduated students  to take their time in planning to thank the institution and  former  President of  Students  announced that they initiated the Group  named : RHIH Alumni  for facilitating the networking among  graduated students.  The executive secretary of Ruli recommended the students to be good citizens with Rwandan Values of Patriotism in Current life and participate actively in development of our land of thousand hills. In add, He emphasized on Role of having Union /Forum where there will be relatives and share different opportunities in outside area of academic (Job opportunities, Scholarship for further studies etc…).  Mrs. Maise NGUSENGE (representatiive of Student in Level 3), stated that in this academic year 2017-2018, the licensing examination rate will be 100%. 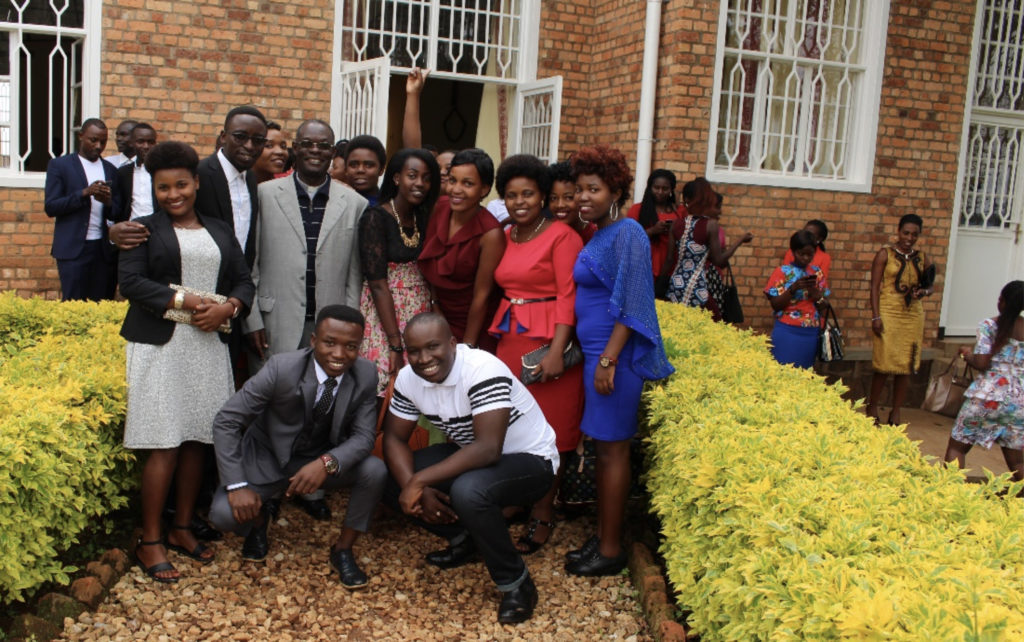 The key note remark from Vice chancellor  was focusing on thanking the graduated students and  committed to support their forum once it will start to work and further more he continued by appreciating the positive partnership of institution with local authorities within Gakenke District and Country wide  toward the development of a nation in sustainable development. 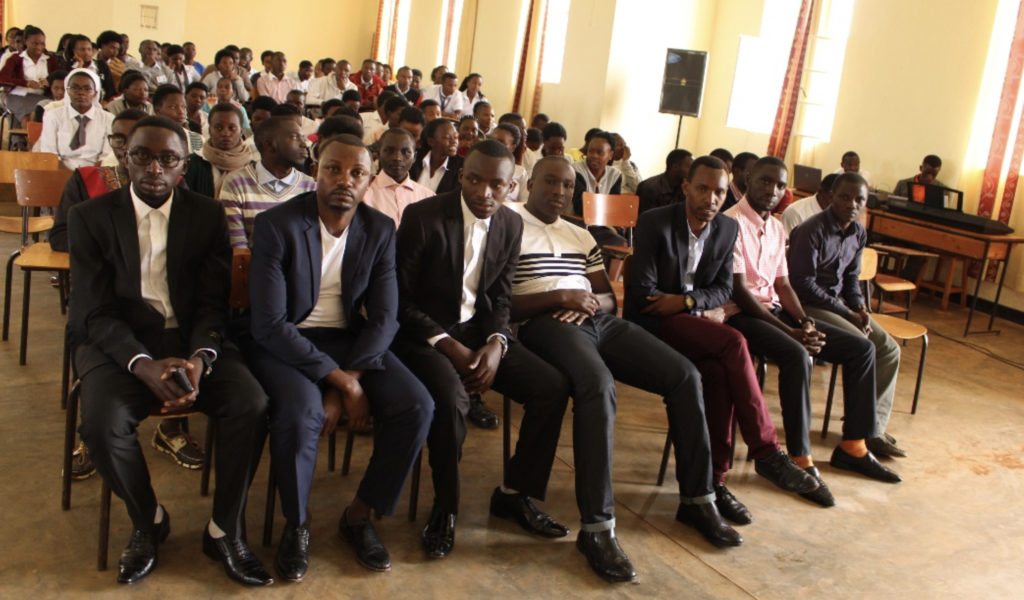 The event was dominated by entertainment using a Dancing group of Students and Leisure of Modern dancing for all students. All participants went to have their lunch together and every one was happy and wished that the exercise should be annually basis for all students.